I'm a big fan of Joseph Gordon Levitt, so I had to see his new film. 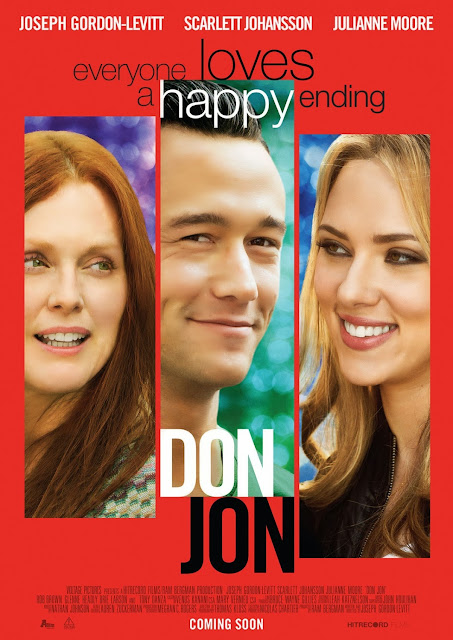 Don Jon (2013) is the writing and directorial debut of Joseph Gordon Levitt.

Don Jon is a tremendously funny comedy about the morality of the internet generation. That isn't to say that it goes for broad characterization; in fact, the character are quite unique but portray several qualities that exemplify the modern era.

Our Hero
Jon starts of as a woman-using, porn-loving, muscle-head and gradually matures as his values are tested by those in his life. His best moments are his confessions and his penance, done while working out. These are great laugh-out-loud moments and not the only ones in this film. 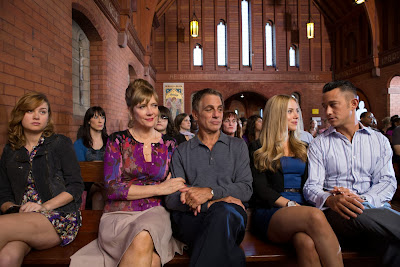 Trying Observers
Jon's family is almost stereotypical until the film goes further into them. Jon's father is a a perverted older guy who is extremely set in his ways. Jon's mother is the basic trophy wife who wants to see her son married with a family. Jon's sister texts away the her screen time, but isn't as big a waste as she first seems.

Esther is an older classmate who Jon sees crying before class one day. Their relationship helps Jon to come to terms with the failings of his own ideology. She is delightfully awkward and forthright in the way that only age and emotional turmoil can provide. Her initial characterization seems shallow, but she moves beyond that by the end of the film. 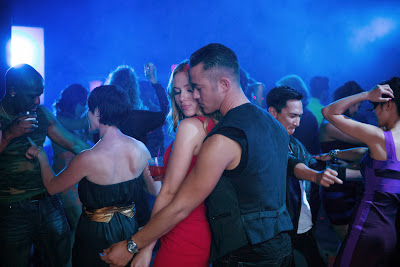 Beautiful Foe
Barbara is the sexy girl of Jon's dreams. She's also a woman who knows what she wants and how to get it. Unfortunately, she begins trying to micromanage his life and turn him into the man of her dreams. It is unfair to call her a foe, but she is the instigator of Jon's dilemma. She starts of with some reasonable requests but uses sexual favors to procure even those. By the time she moves to crazier things, it is far more difficult for Jon to get away.

Jersey Atmosphere
The locations are distinctive and provide a middle class feeling that could easily be transferred to any suburb. The location work is gorgeous. Each location serves to illuminate the characters who inhabit it. 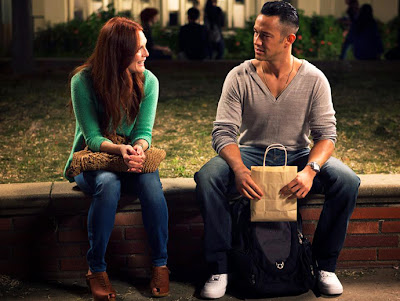 In the End
The ending is abrupt. The film drops some of the more complex issues in favor of a loose moral. While the moral is a good one, it could leave one looking for more.

Overall
Don Jon works as both a comedy and a drama, with crude humor standing alongside some complex moralization. For a first writing and directing effort, this is a great start and makes me look forward to more from Mr. Levitt. He definitely used his star power to get this made and called in a bunch of friends to make it happen. This works in the movie's favor as the fun the cast and crew had making it bleeds through into the film. Also, bonus points for a necessary sex scene as completely un-sexy as it is. Even the nearly explicit porn can be forgiven. Check it out if you want a smarter comedy!
8/10
By: Daimeon at 00:00