The Architects of History

After Colditz, A Thousand Tiny Wings, Klein's Story, and The Survival of the Fittest comes the final part of this Klein's series. 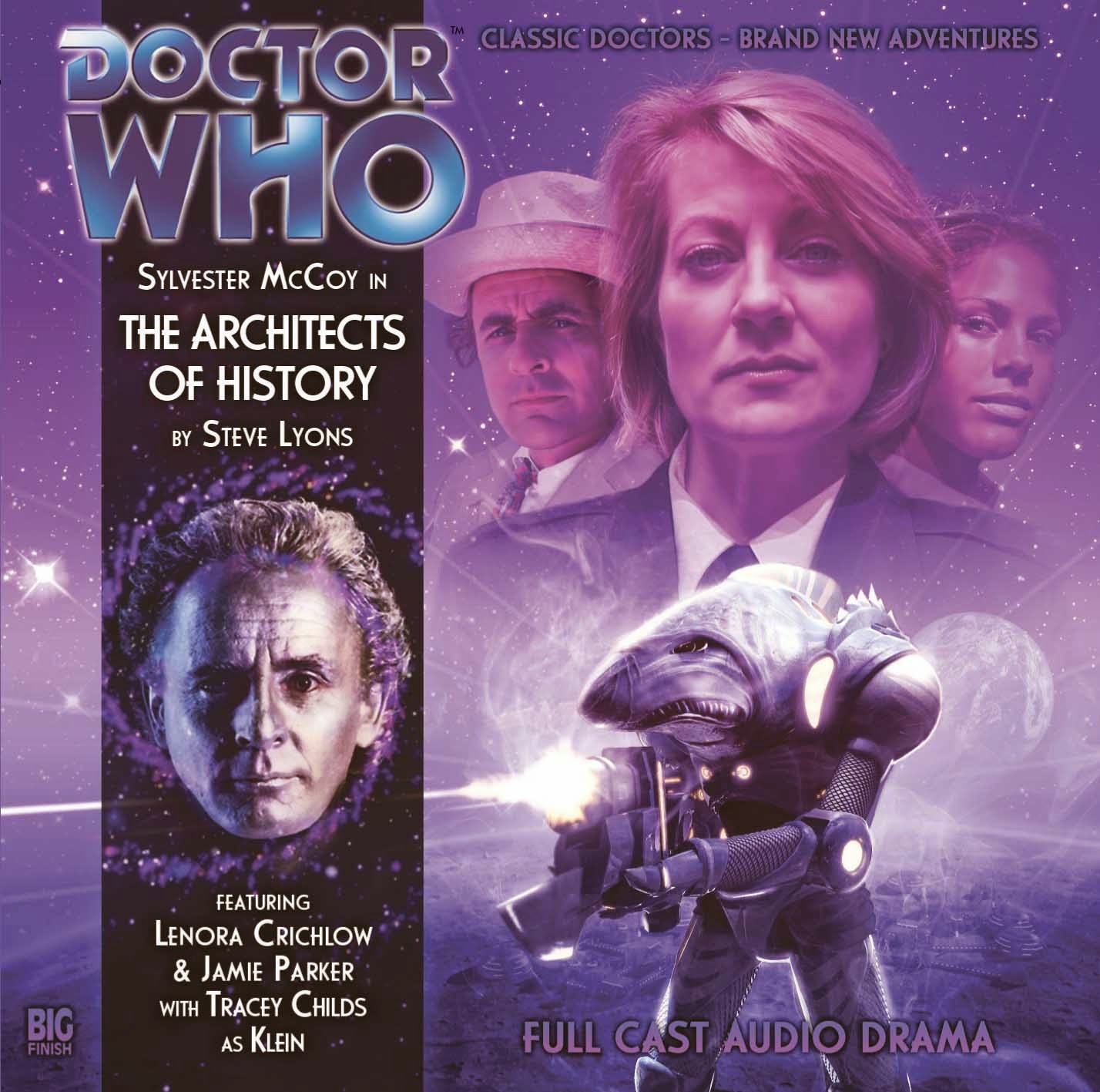 The Architects of History (2010) By: Steve Lyons

Impressions
The Tardis arrives and strikes fear into the hearts of some workers. Obherst Klein and Major Richter emerge. Richter chides Klein about her concern over this 'Doctor.' He may have too much sway over her and the 2044 Reich she's created.

This answers the questions as to what a Nazi would do with a time machine: create the ultimate police state with any rebellion stopped before it begins!

Our Heroes
The Seventh Doctor is incredibly confused about what he recalls and who he is. One of the biggest problems in Doctor Who is when it goes so high concept that you're not even sure who the Doctor is anymore. This one avoids that problem by BSing its way into making this our Seventh Doctor; reality be damned!

Rachel is the Doctor's companion since Klein's gone full villain. She's working for a more extreme version of the Doctor who's obviously less sensitive than the usual one. She's working against the murderous Nazis and seems to have developed a great faith in the Doctor.

Unstoppable Foes
The Sharks are an unstoppable killing force. They kill and maim and murder their way through the base, seeking to put an end to human rein. They live up to the terror especially when the Doctor isn't even sure how he'd planned to stop them.

Obherst Klein has succeed in reestablishing the Nazis. Now she stands in command of the Nazi's time force that tries to make their Reich eternal. As physical manifestation of the Doctor's greatest failing, Klein works way better. She doesn't even want to be in charge of the Reich she's created, merely overseeing its continuance. She also is conflicted and still sees the Doctor as necessary, which he uses to deceive her to his own ends.

Twisted Atmosphere
The setting is a Nazi command post, as hollow and cold as Colditz Castle. The story is incredibly dark, befitting a companion turning evil. It does contain one twist too many in the form of Sam Kirke, but this doesn't spoil the gravitas that this story has earned.

In the End
It sets up the future Klein stories but is it the same Klein?

Overall
Though this adventure is somewhat cluttered and confusing, it does make for a great story. I think the new Who episode the Wedding of River Song was going for something similar but fell short. This takes Klein's story to the furthest reaches of what it possible and makes it truly climactic. Check this one out as it stands with the great Doctor Who finales.
8/10

Survival of the Fittest

Continuing from Klein's Story is... 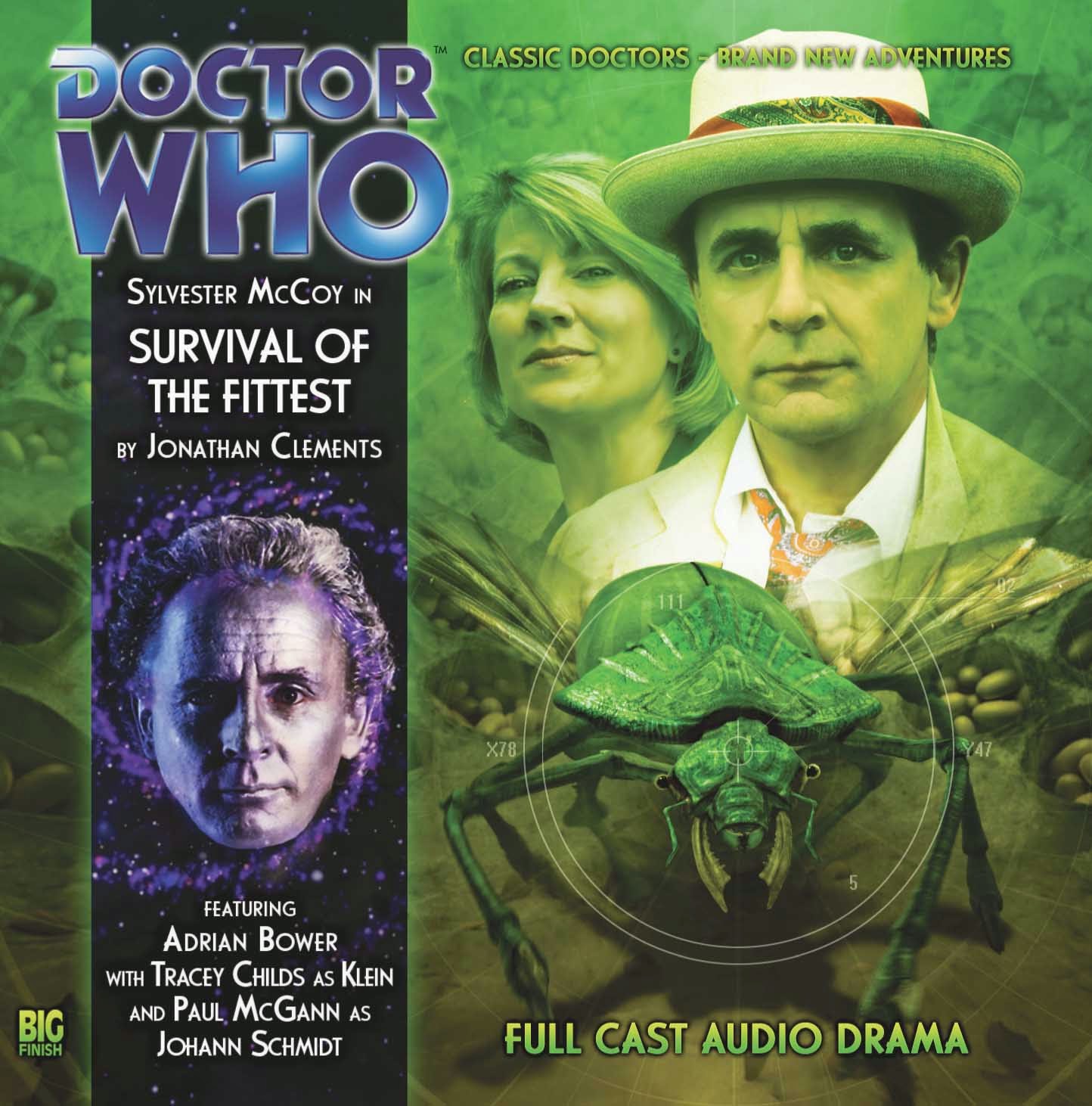 Survival of the Fittest (2010) By: Jonathan Clements

Impressions
Following their adventure in Kenya, the Doctor brings Klein to a far flung world to try and show her a bigger universe. They end up embroiled in a conflict between the Vrill, an insect species, and the Winterlack, a vicious and barbaric species. As the few surviving Vrill struggle for survival against the Winterlack, something else stalks their tunnels threatening to kill all in its path.

The ecology of the Vrill is the crowning achievement of this story. It is fleshed out and believable, working perfectly with the lesson that the Doctor is trying to teach. The way the Doctor reasons with his foes is very inside his character while providing Klein with some openings for questions of her own.

Our Hero
The Seventh Doctor is still trying to turn Klein from her Nazi ways. As the Nazi philosophy worked largely due to the closed off nature of the Third Reich, he presents her with the perspective of another planet. Here he sets himself up as the Vrill's authority and even gets Klein to connect with some Vrill by giving them names.

Klein continues to evolve as a character. She shows some real signs of having learned things from the Doctor, but has she learned enough?

Familiar Foes
The Winterlack hits a little closer to home than might be comfortable. They are brutal and ruthless, but they have their reasons to attack the Vrill.

The monster manages to be both cruel and sympathetic. He moves beyond being a random additional threat and highlights the destructive nature of the Vrill-Winterlack conflict.

Distant Atmosphere
The tunnels of the Vrill are compromised by gas and explosions. The surface is threatened by the Winterlack while something stalks the tunnels. The feeling of hopelessness pervades this story creating a great horror narrative for the first episode. The following episodes develop it as more of a war story.

In the End
There is a great twist at the end that leads into the The Architects of History.

Overall
An great Doctor Who tale even without the twist at the end. The Doctor must defend an innocent populous against a ruthless aggressor is a classic Who trope. Thus, the real meat of this story is in Klein, the most unreliable companion. Even Turlough, who started as the Doctor's enemy, never had an ideology so radically opposed to his. With Klein, the story gets to play the Doctor and his companion as possible opponents; something that will continue in future Klein stories. This one is another must listen!
8/10

Buy it here from Big Finish! Next Time: The Architects of History
By: Daimeon at 00:00 No comments:

So, I've been away... However, the siren song of fall has stirred me from my sloth! I will be doing the 13 Days of D for Halloween, and I'm actually half way through them already. I may not have quite the amount of horror films, but I'll at least be doing the two Vampire Hunter D films. Anyway, I also was in the middle of another series when I stopped, so I'll finish with the Klein Saga; thus, we have the origin of the lady herself! 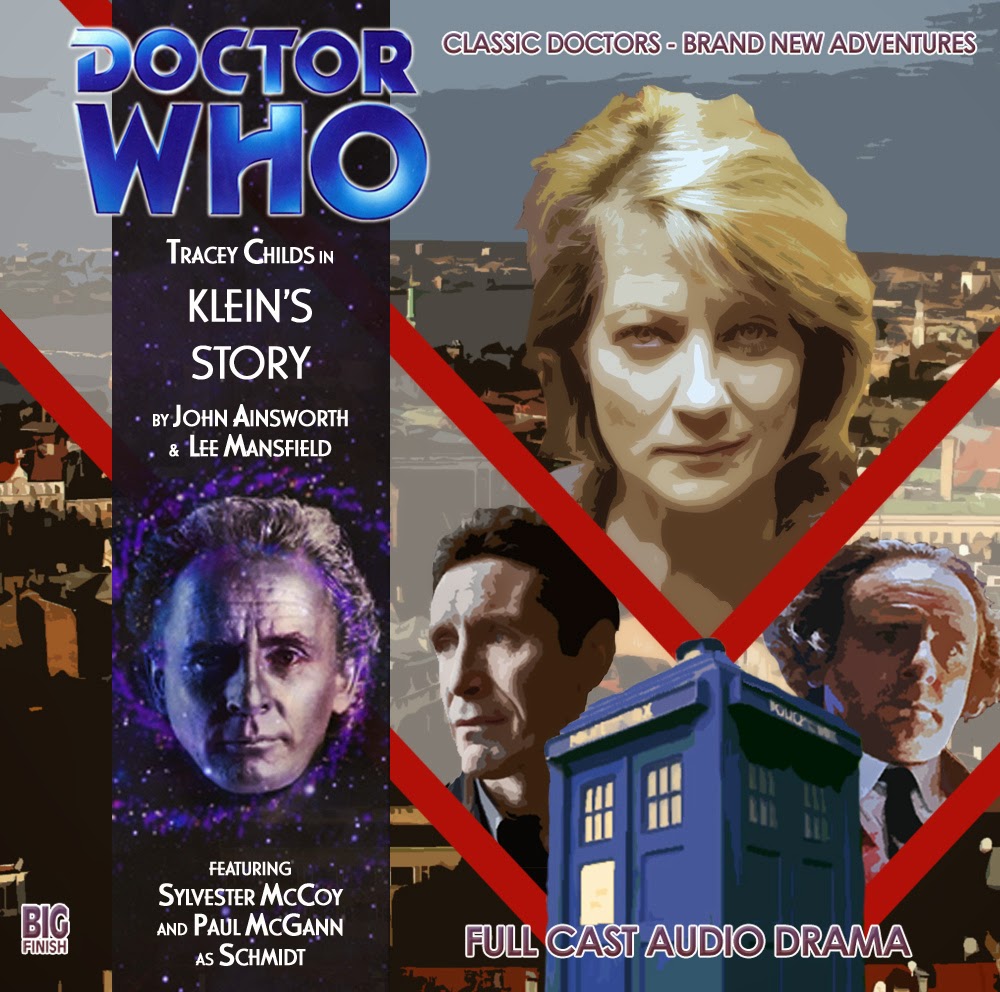 Impressions
The Seventh Doctor sits down to clarify some details of Klein's past. We learn that the Nazi Reich in the seventies was working on time travel experiments thanks to a box captured at Colditz castle. Elizabeth Klein contacted by the mysterious Johann Schmidt in order to unlock the secrets of the mysterious blue box.

Klein's Story is actually the first episode on Survival of the Fittest where the Doctor asks Klein about her past. As I mentioned in the Colditz review, there are some muddy details about Klein's backstory that the Seventh Doctor deduces almost presciently.

Our Heroine
Klein is a true believer in the Reich but not of their more fantastical elements. She is brought on as a brilliant scientist. Her interest in time travel leads her to the box, and she is soon contacted by Johann Schmidt. This story allows the Klein in the present a breakthrough that alters her character arc.

Mysterious Observer
Johann Schmidt is Klein's mysterious assistant and an alternate incarnation of the Eighth Doctor.They actually bring on Paul McGann to play this Eighth Doctor and he absolutely shines. Johann must manipulate Klein into righting the timeline, managing a tenuous game with a very intelligent woman.

Atmosphere
Hitler has only recently died and his successors have decided to open alien tech that Hitler couldn't accept. This is a well formed alternate history; it reveals the lengths that the Seventh Doctor's willing to go to fix his mistakes.

In the End
The Doctor reveals his deception to Klein.

Overall
A great story supplementing a series of other great stories. While it may not be necessary, it pushes Klein toward her inevitable end. it feeds into her actions in The Architects of History. Klein's story is a great addition to this series.
7/10

Buy it from Big Finish! Next Time: Survival of the Fittest
By: Daimeon at 00:00 No comments: